If we can’t afford to eat “clean,” does that mean we are “dirty?”

Does someone telling us to “pursue our best self” make us feel like we’re currently an inferior version?

Why are we more likely to understand “costs” versus “fees?”

In reflection, how many times have we used words as weapons? Maybe during a sibling squabble, or in a more extreme confrontation later in life with a spouse or another adult?

Does hiding the whole truth produce the same end-result as telling a lie?

In response to a 2016 lawsuit, Subway finalized an agreement to ensure their foot-long subs were actually 12 inches. Customers were told that their subs were 12 inches, and they got really angry when they realized they were only getting 11.

Imagine that, people are actually listening, and they take some or most of what we say literally.

When we lie or say demoralizing, hateful things to others, it hurts; it breeds fear.

When we say we love them, it lifts them up, emotionally, spiritually, and even physically.

In Words Can Change Your Brain by Dr. Andrew Newberg and Mark Waldman, the authors reveal that “a single word has the power to influence the expression of genes that regulate physical and emotional stress.”

They show that positive words like ‘love’ strengthens parts of the brain that are associated with higher cognitive function, motivation, and action.

Not surprisingly, hostile language seems to have the opposite effect: “Angry words send alarm messages through the brain, and they partially shut down the logic-and-reasoning centers located in the frontal lobes,” Newberg and Waldman write.

People are wired to worry, and aggressive language instigates and nurtures that fear.

People that are constantly stressed by these hormones will act out of that stress, using aggressive language toward others, spreading a state of fear – creating a nation of anxiety.

Newberg and Waldman offer a solution: “choose your words wisely, because they will influence your happiness, your relationships, and your personal wealth.”

The only cure is love. Let us show love in what we do and speak love in our daily discourse. Let’s lift others up, even if we disagree with what they are saying – there are respectful ways to debate.

Imagine how delighted Subway customers would be if they found their ‘foot-long’ subs were actually 13 inches. The extra inch might drive years of loyalty, far exceeding the cost of the perishable goods it took to achieve it. 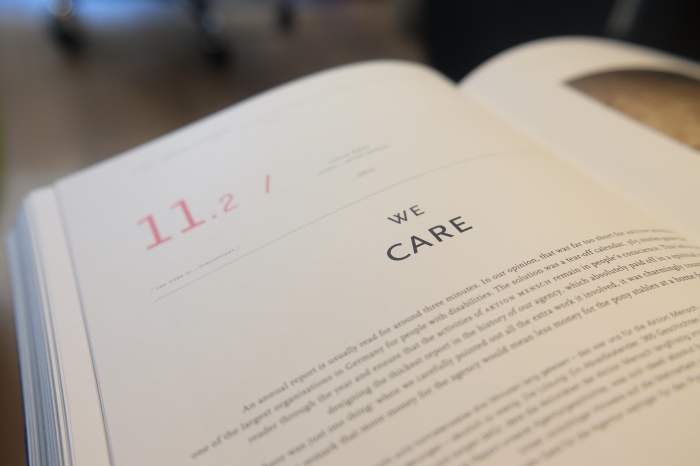